After experiencing the sudden unexpected death of her father Melvin Jackson legendary saxophonist to B.B. King for more than 25 years, and a brutal company breakup, 4 Octave International Classic BJ&G Vocalist, Habaka Kay Foster Jackson found herself left without the possibility to promote or sell her newly recorded jazz CD project entitled "Just Say I Love Him", Habaka felt devastated after putting so much work and energy into the project.  Having to pick up the broken pieces and start over again brought forth the birth of Husky Tone Records, LLC.

Habaka says, "Even though I was totally surprised by the entire company breakup with my business partners, and having moments where I felt like I just couldn't bare to start over again, a couple of my closest friends and that small still voice inside me made it known that, that option was not acceptable and that I would have to dig deep into the well of courage."

Husky Tone Records believes in quality sound and is mesmerized by tone's and frequencies.  Our motto is: "You Know It, When You Hear It"
With 20 years of being in the music industry and producing several CD's, Habaka knows the sound she's looking for to represent Husky Tone Records.
Heritage Blue is on the move and can be heard on stations such as WRTC, KFAI, WWUH, WRFG, SOMMERVALLEY RADIO, BLACKBERRY JAZZ RADIO, KOR RADIO  along with several Podcasts such as On The Horn 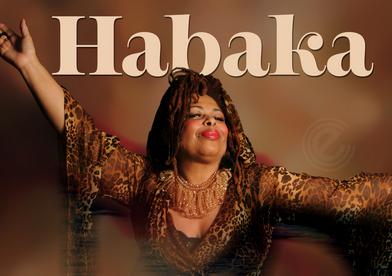